Castletown Road sites to be returned to nature

Manx Utilities have confirmed that work has commenced on the demolition of White Hoe and Ivy Cottages on the Castletown Road with the land being returned to nature.

The cottages were purchased by the Isle of Man Government in 2008 following issues with vibration and noise caused by the White Hoe IRIS pumping station.  Alternate uses for the properties were investigated but the restrictions on the properties due to the intrusive noise and vibration mean that no viable option was identified.  A basic level of maintenance of the cottages and measures to protect them from criminal damage has been undertaken but the condition of the properties has deteriorated.  The demolition will improve the safety and visual appearance of these sites.  Manx Utilities are in discussions with the Manx Wildlife Trust to determine how best to sympathetically landscape the sites taking into account the local environment.

Dr Alex Allinson, Chairman of Manx Utilities commented, “We appreciate the legacy sensitivities that surround the cottage sites and despite best endeavours to make use of the areas we have reached a point where site restrictions have left us with the only viable option being to demolish the buildings, improve the areas and return the sites back to nature.”

CEO of Manx Wildlife Trust, Tim Graham said, “We are delighted that Manx Utilities have approached us to ensure the right features are put in place for wildlife at White Hoe and we look forward to working with them once the areas are clear.”

The first phase of the works to remove asbestos material commenced on Monday 24 June followed by demolition works expected to take several weeks. Manx Utilities is aware that the Castletown Road is a key route between Douglas and the south of the Island and the removal of the cottages will provide a more pleasant visual experience.  Plans are in place to minimise the impact of traffic management on the route while the demolition is taking place with the intention to ensure traffic flow is uninterrupted, however, there may be exceptions where heavy machinery is being moved to and from the site. 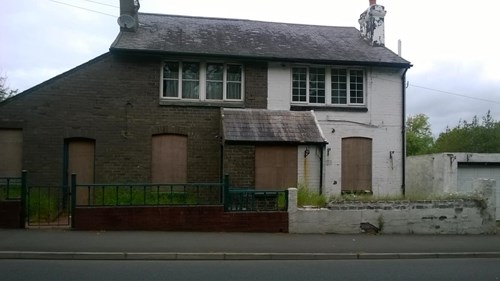